The JWC conducts scenario wargame in preparation of TRIDENT JUNCTURE 18 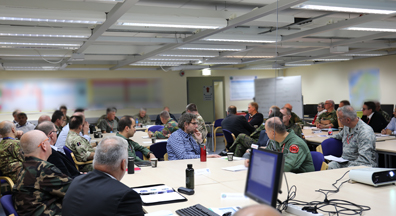 NATO’s Joint Warfare Centre (JWC) hosted 3 to 5 October 2017 a wargame to test a new training scenario, which will be used for the first time next year in exercise TRIDENT JUNCTURE 18 (TRJE 18).

The TRJE 18 is NATO’s second high-visibility exercise following the TRIDENT JUNCTURE 15 (TRJE 15), which took place three years ago in multiple locations across the Alliance, including Belgium, Canada, Germany, Italy, Netherlands, Norway, Portugal and Spain, as well as the Atlantic Ocean and the Mediterranean Sea, involving 36,000 personnel from more than 30 Allied and Partner Nations.

To reflect NATO’s commitment to collective defence and increased level of ambition in joint modern warfare, the TRJE 18 will be of a similar scale to that of its predecessor: a major LIVEX (Live Exercise) followed by a CPX (Command Post Exercise) that aims to train and certify the NATO Response Force 19 (NRF 19) led by Joint Force Command Naples (JFC Naples).

Sponsored by Allied Command Transformation (ACT), the TRJE 18 will be hosted in Norway. Commander JWC, Major General Andrzej Reudowicz, will direct the CPX portion of the exercise. 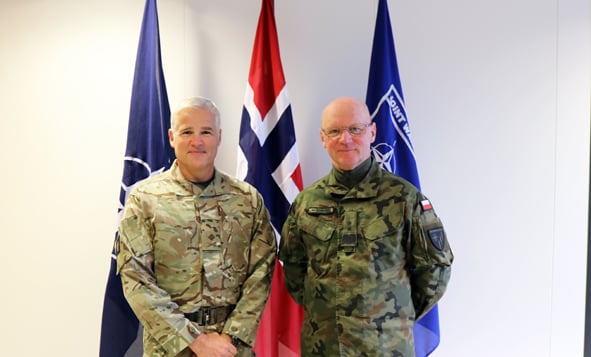 The JWC is the only NATO body that creates and develops operational-level synthetic training scenarios and settings.

“The aim of the wargame was to ensure that the new setting and its associated scenario were sufficiently rich, accurate and logical to support the exercise and training objectives of the TRJE18’s various Training Audiences,” said Commander Robert Stover, the JWC’s Scenario Management Section Head.

Stover briefly explained the three perspectives that were explored at the wargame as: (1) defining operational activities of the fictitious Opposing Forces; (2) discovering potential reactions of participating host nations to various scenario threads; and (3) identifying potential dynamics created by the scenario for the operational and strategic levels of the NATO Command Structure and the greater international community.

The wargame in Stavanger involved key trusted agents from across the TRJE18 Training Audiences as well as Subject Matter Experts from across all disciplines within the JWC.

The JWC’s first-ever wargame in 2015 tested the SOROTAN training scenario, which provided the context of the high-visibility exercise TRIDENT JUNCTURE 15.

“Only the second of its kind in recent JWC history, this scenario wargame successfully merged the perspectives of all stakeholders into one cogent storyline,” said Stover. “The wargame also, and more importantly, identified information, scheme of manoeuvre and operational dilemma gaps that will require further definition in the coming months.”

“What began as a forum for targeted testing of a new setting and scenario resulted in an intense three-day miniature exercise and established a solid foundation for success in all other TRJE 18 exercise events. The exercise planners received valuable advice, direction and guidance as they begin the next phases of exercise development,” added Stover.

Major General Cave said that the wargame played an integral role on the road to exercise TRJE 18, drawing on all participants’ knowledge and expertise.

“The importance of this event is that we are able, in a large group, to test the scenario, especially from a joint, multinational and integrated perspective. It’s absolutely right to test it here at the JWC whilst we still have time to make adjustments before we get to the future phase,” said Major General Cave. 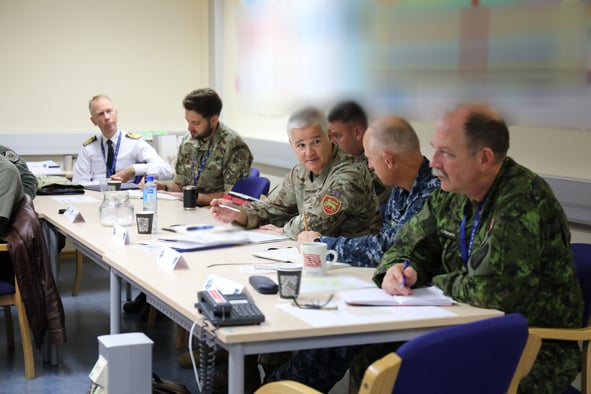 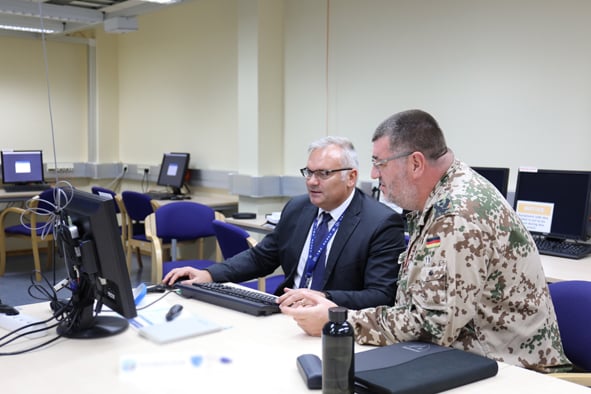