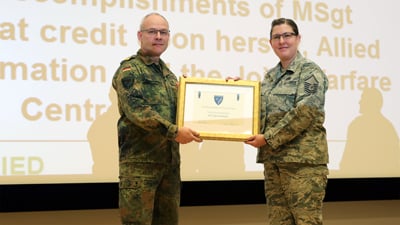 Allied Command Transformation's (ACT) MMOY Programme was established in 2003 with the first selection being held in February 2004. The Programme aims to recognize the vital role played by the non-commissioned officers (NCOs) of Headquarters Supreme Allied Commander Transformation (HQ SACT) and its subordinate headquarters, and is an annual opportunity for senior enlisted members within ACT to honour one of their NCOs for his or her hard work and dedication to duty in support of his or her command and the mission of the NATO Alliance.

"This award is not just a singular effort and honour. I hold much appreciation to the wider BUDFIN team and all the technical teams that worked so tirelessly the past year with me,” MSgt Hansen said, adding: “It is because of you that we achieved so much. I am so grateful to represent the accomplishments of such a dynamic and enjoyable organization like the Joint Warfare Centre. Thank you for this true honour.” 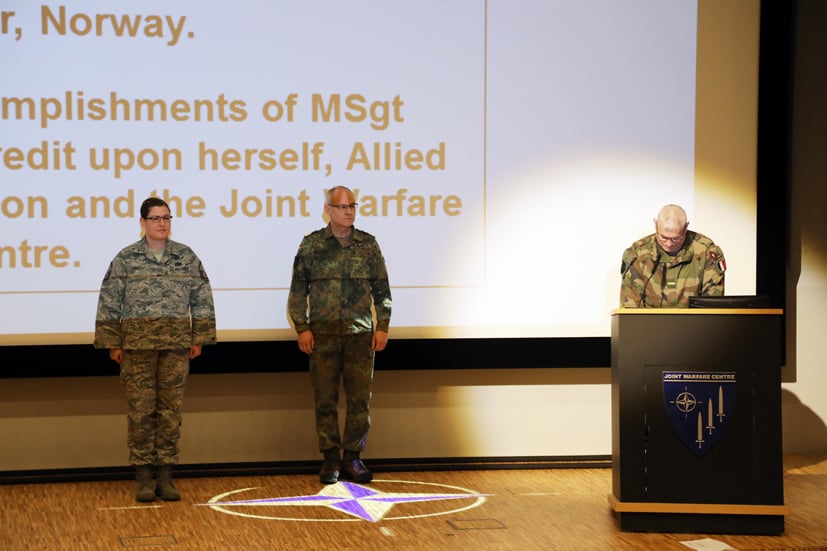 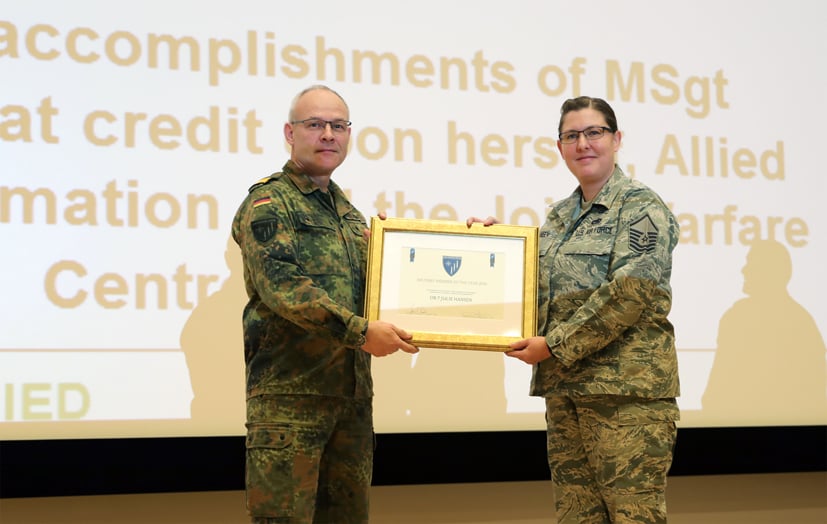