In his welcoming remarks, Major General Wolski said: "Exercises such as TRIDENT LANCE 14 (TRLE 14) do not only reflect NATO's Visible Assurance, cohesion, and readiness, but they also help foster trust and achieve a thorough understanding of the professionalism that each and every one of us can identify with, regardless of rank or position. That is what makes these exercises so worthwhile." 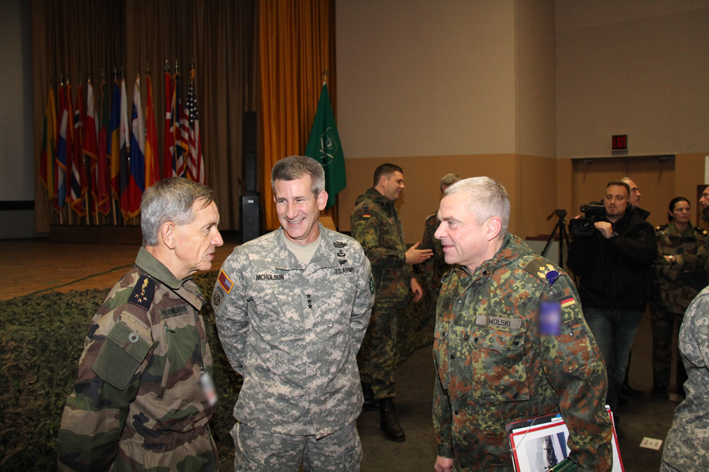 Linked with exercise TRIDENT JUNCTURE 14 (TRJE 14), which concluded on 17 November, exercise TRLE 14 trains NATO's land-based Command and Control (C2) elements on high-intensity combat and its complications, with special focus on the buildup of follow-on-forces concept.

With more than 2,000 personnel operating in six countries, this distributed multi-Corps, command post exercise/computer assisted exercise is the largest of its kind since the Cold War, testing NATO's ability to coordinate and execute a NATO-led Article 5 Collective Defence operation in a multinational environment. 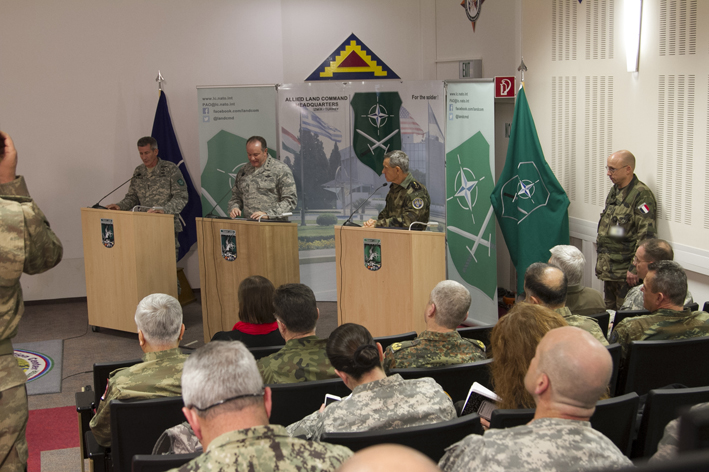 "Exercise TRLE 14 has provided a new challenge to JWC," General (Ret.) Sir John Reith KCB CBE, NATO's former Lead Senior Mentor, said, adding: "TRLE 14 is the first tactical level exercise directed and run by the JWC, exercising LANDCOM on its first exercise and its subordinate Corps simultaneously. We have a generation of military used only to low intensity conflict, with their experience based on counter insurgency in Afghanistan. With NATO's recent focus on potential Article 5 operations, our education and training for military needs to recalibrate to the new realities."

TRLE 14 is an ideal venue for the NATO Alliance to train and certify its land forces' interoperability and readiness to deploy anywhere in the world under the SACEUR's authority in order to defend any Ally. 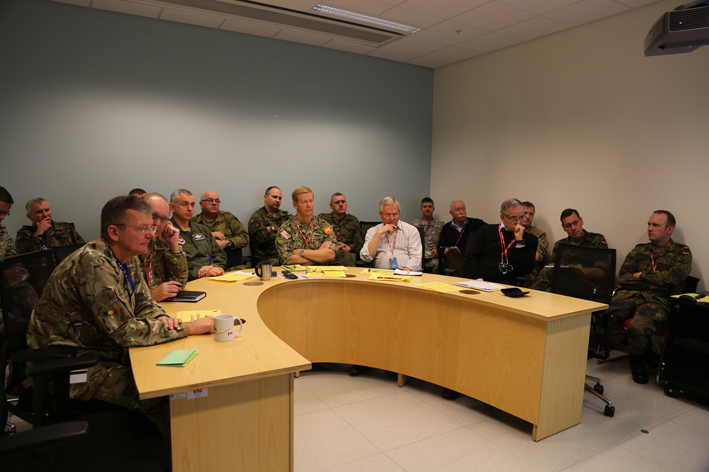