The primary purpose of the exercise was to certify command and control elements of the NATO Response Force 2015.

All in all, a total of 1,455 military and civilian personnel, coming from 33 Nations, participated to the exercise.

"TRJE 14 fully reflected NATO's Level of Ambition to fulfil Collective Defence, Crisis Management and Cooperative Security. It will contribute significantly to NATO's new readiness requirements and ensure our forces are more efficient and effective into the future," he added. 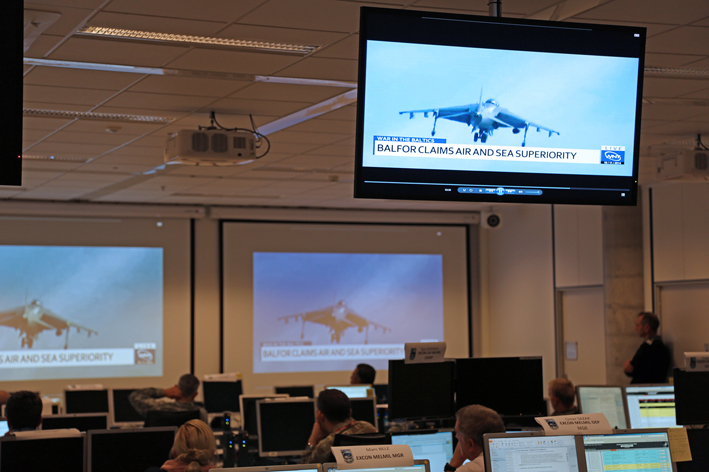 It tested NRF 15 under high-intensity, war-fighting conditions and demonstrated Visible Assurance that NATO is committed to the defence of its Member States against a potent and technically advanced peer adversary.

TRJE 14 was conducted at various locations across Europe, in Belgium, Italy, Norway, France, Poland and at sea, on board the LPD Castilla.

The conceptual premise of the exercise was the fictitious SKOLKAN scenario where the focus of effort was on the territorial defense of NATO member states in the Baltic Sea region, particularly Estonia, which was seriously attacked by a fictional country and required large-scale assistance from the Alliance for the restoration of its territorial integrity and sovereignty.

The scenario exposed the NRF 15 Training Audience to many challenges in a variety of areas, including hybrid warfare, theatre-ballistic missile defence, cyber defence, Strategic Communications, and chemical, biological and radiological defence. 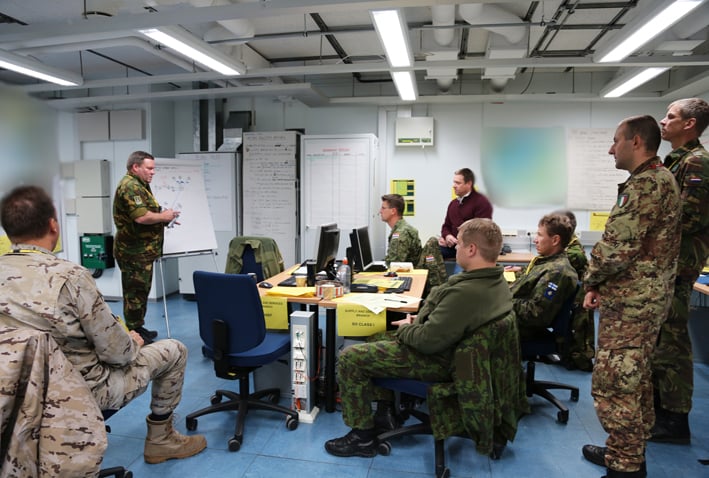 Structured around three major themes derived from the exercise Training Objectives, TRJE 14 resulted in over 850 injects drafted by 300 participants, all using the Joint Exercise Management Module (JEMM), which is a MEL/MIL database that allows Exercise Control (EXCON) to control the tempo of exercise play.

Lieutenant Colonel Rick Williams, Chief TRJE 14 MEL/MIL, said: "The EXCON team delivered a MEL/MIL which focused on meeting all the Training Objectives for the Joint Headquarters in their preparation to support all NRF tasks."

"The exercise has given us the opportunity to demonstrate both the NRF's readiness to provide Collective Defence to a threatened Alliance Member and JFC Naples' ability to Command and Control forces in excess of a Major Joint Operation," Lieutenant Commander Scott "Taz" Simpson, TRJE 14 Officer of Primary Responsibility (OPR) for JFC Naples, noted.

"Exercises like TRJE 14 enhance the interoperability of NATO Members and improve our ability to integrate non-NATO forces should the need arise," he added. 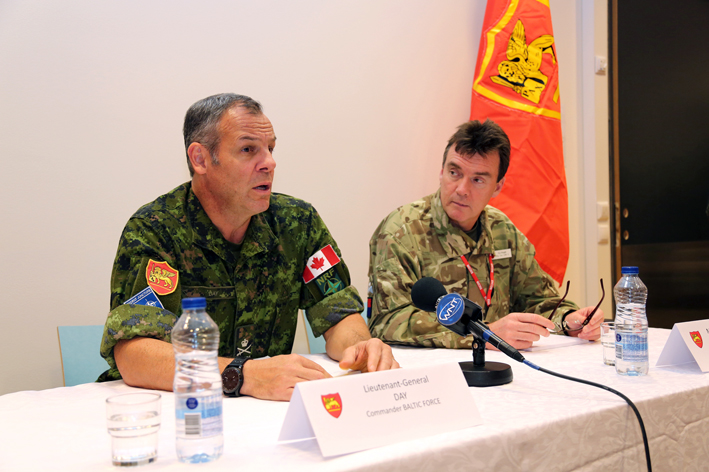