Following a bilateral meeting with Major General Wolski, General Mercier received detailed mission briefings on JWC’s Programme of Work (PoW) as NATO’s premier operational-level training provider, with particular focus on exercises, scenario development and the new trial organization, which was implemented in August this year. General Mercier then addressed to the JWC leadership and shared his vision and expectations at this crucial time for the Alliance as it adapts to address complex threats and challenges.

In the afternoon, the visit programme continued with a guided tour of the Centre's state-of-the-art training facility, including visits to the 600-seat Auditorium and the TV Studio, all housing JWC's unique capabilities and cutting-edge technologies. During the tour, General Mercier received comprehensive briefings about JWC's simulation media and CAX (Computer Assisted Exercise) capabilities where he also observed a demo designed by the JWC's CAX team. 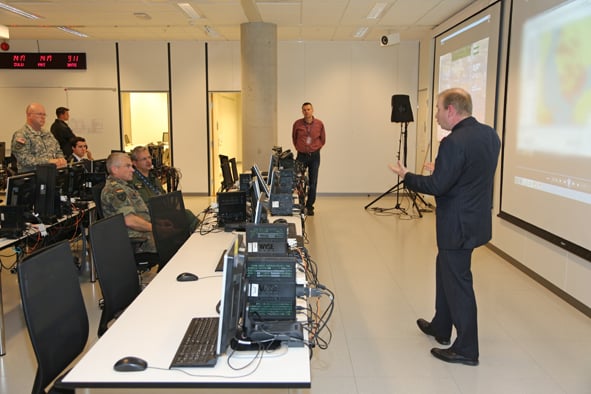 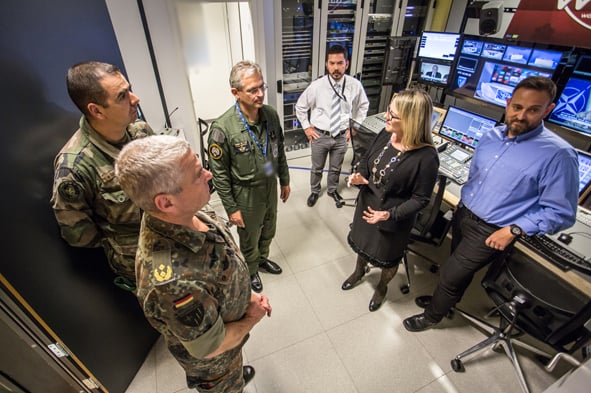 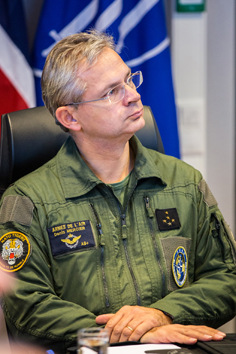 General Mercier was appointed SACT on 30 September. Before his assignment as NATO’s new SACT, General Mercier served as the Chief of Staff of the French Air Force.

HQ SACT is responsible for leading Alliance Transformation as well as managing the planning and execution of NATO military training and exercises. General Mercier, as the “Officer scheduling the Exercise” is also responsible for determining the aims of NATO’s largest exercise in over a decade, TRIDENT JUNCTURE 15, at the same time, resourcing and planning it.

As NATO’s footprint in Norway and subordinate to HAQ SACT, the Joint Warfare Centre is responsible for planning, developing and delivering operational level training and exercises that challenge the Joint Force and Component Command HQs, while simultaneously supporting NATO’s doctrine, concept development and experimentation efforts.

In doing so, JWC is at the heart of ACT’s Transformation efforts, with the ultimate aim to achieve high preparedness and successful interoperability of NATO forces.