Scheduled for October and November, TRJE 15 is NATO’s flagship exercise this year and the main vehicle for NATO Response Force (NRF) 16 certification under the lead of JFC Brunssum. The exercise trains participants on command and control as well as interoperability, allowing Allies and Partners to deploy and train together in a complex and distributed environment.

Based on the fictional SOROTAN training scenario created by the JWC, the OLRT’s mission is to gather information about a potential crisis area, assess that information and feed it back to the HQ's Joint Operational Planning Group (JOPG). This ranges from a comprehensive understanding of the operational environment to establishing relationships with the host nation authorities and accurately assessing their needs. The eventual output of this planning cycle is an effective Operational Plan that includes the assignment of responsibilities, tasks and resources to subordinate tactical headquarters as part of the overall Operational Planning Process.

German Army Major General Reinhard Wolski, Commander Joint Warfare Centre (JWC), will be directing the Command Post Exercise (CPX) portion of TRJE 15 in October, which will involve more than 2,000 personnel, followed by a two-week joint LIVEX in November, co-directed by NATO’s AIRCOM, LANDCOM and MARCOM, with participation of more than 20,000 troops. 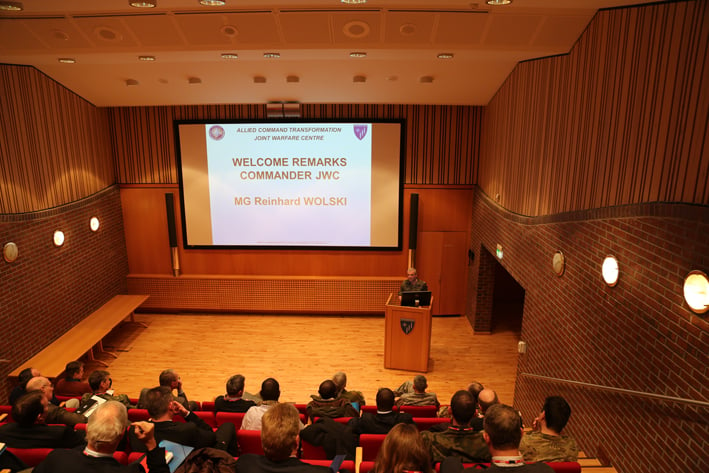 TRJE 15 is based on NATO’s new fictional SOROTAN training scenario created by a small team of uniformed officers and civilian experts at JWC. Development of SOROTAN commenced in November 2013. Its use in TRJE 15 was approved by German Army General Hans-Lothar Domrose, Commander JFC Brunssum, in June 2014.

The mission of the OLRT, which simulated an advance deployment to the fictional SOROTAN country of Lakuta, was to accurately assess the current and developing crisis situation there and forward that critical information to Commander JFC Brunssum and his staff before the NRF’s deployment. 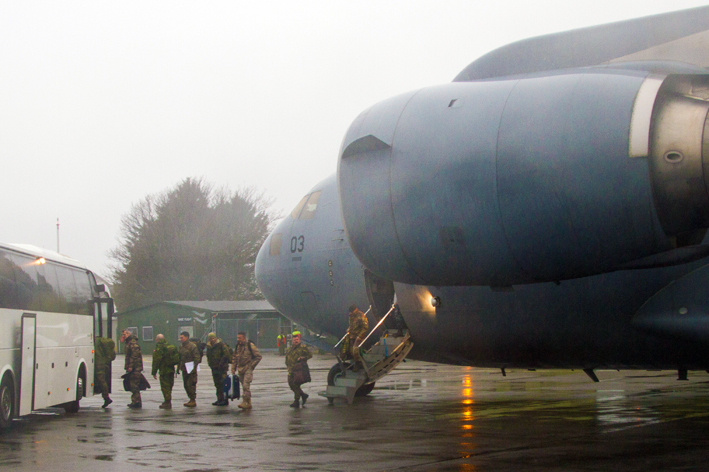 One of the core facets of the OLRT deployment was a strong White Cell organization provided by the JWC, with representation from non-governmental and governmental organizations, cultural advisors, intelligence experts, humanitarian representatives and health officials --- to name a few --- conveying the complexity of interaction between the OLRT and key stakeholders in the crisis area, as the crisis situation developed.

French Army Brigadier General Eric Roussel said: “Coming from Brunssum with a C-17 flight with all of the key assets and equipment of the OLRT, we have been put immediately into the thick of it upon landing in Lakuta (real-world Stavanger). Indeed, the JWC set up and portrayed a most realistic operational environment and situation, which were immediately conducive to achieving the OLRT desired effect: i.e. engaging with all of the key actors in fictional East Cerasia, (with White Cell role players as high ranking host nation representatives, the Special Representative of the Secretary General of the United Nations, the EU Representative, etc.) to collecting facts and information, in order to feed the Crisis Response Planning that started earlier this month.” 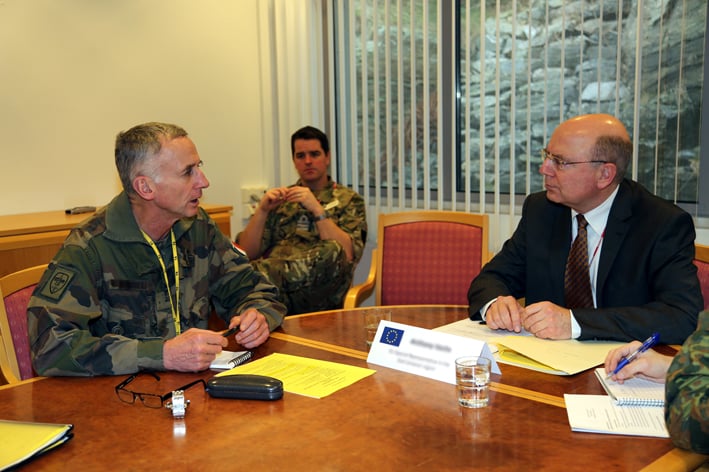 The training event concluded on 13 February.