The workshops in Stavanger are critical to the successful execution of the exercise and development of the final exercise script, which fully addresses the different Training Objectives of ARRC and NRDC-ITA. 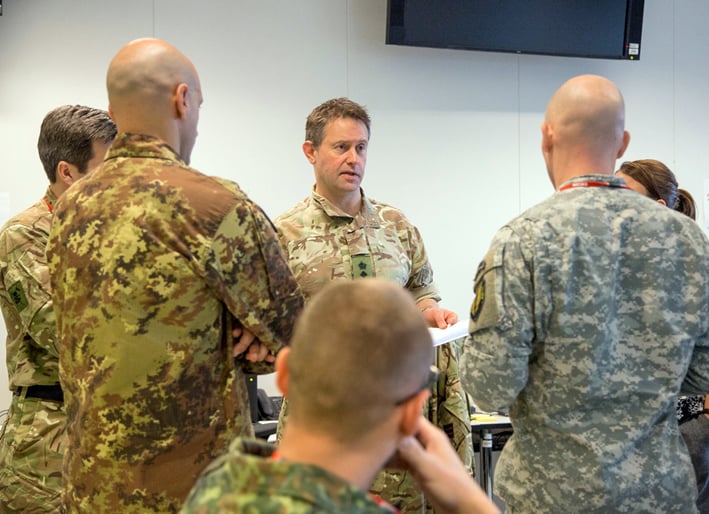 Supported by the Joint Exercise Management Module (JEMM) database, the exercise MEL/MIL, in line with the training scenario, provides an asymmetric conflict environment with many operational dilemmas that the Training Audience would need to address in an actual real-world operation. Additionally, the exercise battlespace is populated by Opposing Force (OPFOR) units, created by JWC, in order to help the Training Audiences to achieve their Training Objectives.

At the end of the workshops, nearly 400 injects will be scripted in accordance with the JWC-created exercise scenario, SKOLKAN 2.0, which focuses on the failing state of ARLAND in the fictional SKOLKAN region of northern Europe.

U.S. Army Lieutenant Colonel Shane C. Barnes, exercise Chief MEL/MIL, said: “We are working with two well-regarded commands that are keen to demonstrate the capabilities that NATO Force Structure and their contributing Nations provide to the Alliance. JWC is eager to provide an exercise platform that displays their expertise as a Joint headquarters operating a non-Article 5 crisis environment.” 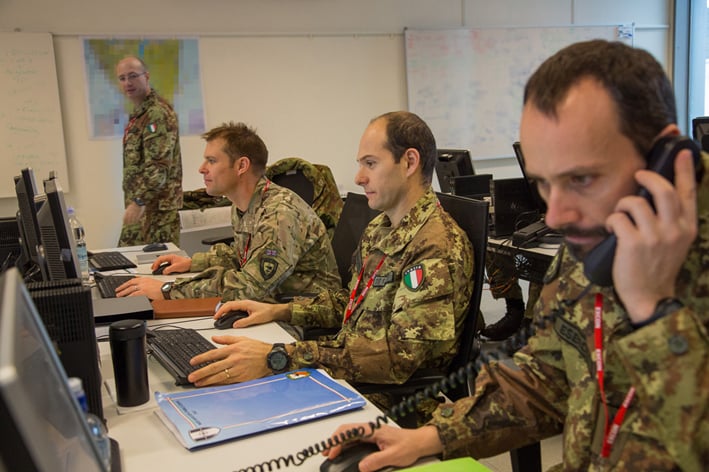 TRJR 15 will be the first exercise to use SKOLKAN 2.0 in conducting a land heavy Small Joint Operation --- additionally, for the first time, a Joint Force Commander will serve as the Officer Conducting the Exercise (OCE) for a NATO Force Structure exercise.

The MEL/MIL scripters in Stavanger include JWC trainers and planners, external Subject Matter Experts and “trusted agents” selected from within the Training Audience staff.

Additionally, as for all TRIDENT series of exercises, JWC provides role-players who operate as part of a so-called White Cell within Exercise Control (EXCON), JWC’s exercise command nerve centre. Their real-life credentials include experience as ambassadors, active-duty, reserve or retired military officers, UN officials, NGO officers, legal advisors, civil/military affairs experts, or television reporters. Thus, in SKOLKAN 2.0’s make-believe world, the cohesive team of the White Cell will include key political, civilian and military representatives, all integrated in a comprehensive approach to help resolve the crisis in ARLAND and prevent further escalation. 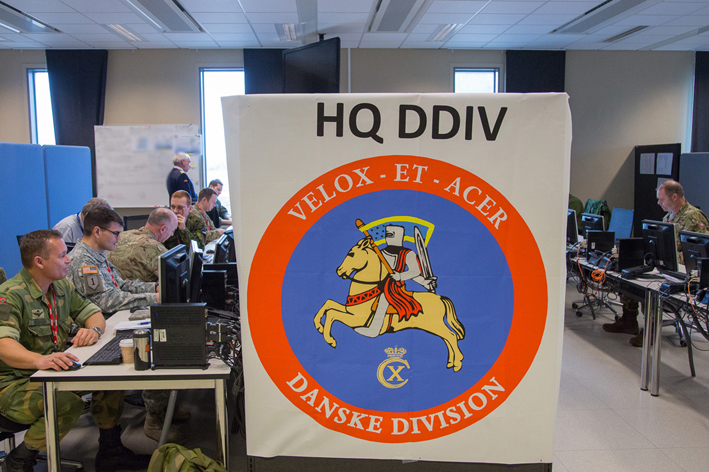 On closer inspection, exercise TRJR 15 will create a different set of training opportunities for each Training Audience: NRDC-Italy will focus on conducting crisis response planning, joint targeting and achieving joint integrated Command and Control, while ARRC will focus on the interoperability, readiness and deployability of its forces as well as an effective Comprehensive Approach and Strategic Communications, aiming for a three-dimensional combined joint interagency, intergovernmental, and multinational environment.

As the secondary Training Audience, NSHQ’s focus will be on pre-deployment planning processes and establishing a Special Operations Component Command Core (SOCC Core) to operate within a JTF HQ, responsible for all Special Operations.