The trial structure, endorsed by Supreme Allied Commander Transformation (SACT) in 2013 and approved by NATO’s Military Committee in 2015, is focused on the realignment and revitalization of Joint Warfare Centre’s (JWC) output and support functions.

It will enable the development of a more mission-focused Peacetime Establishment (PE) that is better placed to respond dynamically to the demands of NATO’s new training ambitions.

For this purpose, the JWC leadership appointed an Organizational Development Planning Team (ODPT) in August 2014. As the ODPT chief, Mr Garry Hargreaves has the overall responsibility for realizing the JWC Commander’s vision and, together with his team, implementing it with support from the divisional representatives. Currently, the ODPT has four members and the team is certain that the trial will enable JWC to be more effective and more able to flex and react to the changing requirements of NATO’s premier operational training entity.

Apart from the typical external communications plan associated with profound organizational change, the wider ODPT party, including representation from all functional areas, has been committed to a transparent internal information campaign. The ODPT has so far hosted a total of twelve Q&A sessions for staff to be able to interactively share information and concerns regarding the planning and implementation process of the Centre’s new structure. 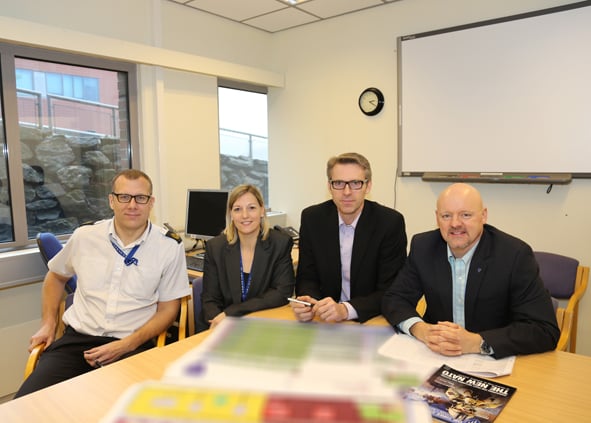 He added that "the result will be better alignment of JWC's purpose and core deliverables as well as strengthened teams of specialists within their fields. Simply put, JWC aims to deliver its training and warfare output in the most effective manner and in line with the changes seen in NATO's operational environment.”

Under JWC's trial structure, the Centre will maintain its existing number of 250 personnel. It will be aligned around outputs and functional deliveries; it will enable many individuals to grow into roles of increasing importance and influence.

With the new streamlined structure, Commander JWC aims to find the right balance between increased operational efficiency, manpower, cost optimization, better sharing of capabilities, skill sets, and improved resource and process management. When asked about the next steps, Mr Hargreaves said "We now need to test the design that grew from the blueprint; we need to be convinced that we are as lean, focused and capable as those that rely on our deliverables need us to be. We need to root out duplication so that we can bolster areas that are continually under pressure. We need to be at our best, so when required, those that depend upon us, can be at theirs."

In summary, JWC will continue to deliver its unique mission within NATO while maintaining its strategic focus on training in order to bolster NATO's capabilities and operational effectiveness. Additionally, the whole process of reorganizing JWC promotes new ways of doing business, new mindsets and encourages a greater alignment between our strategy, structures and culture. 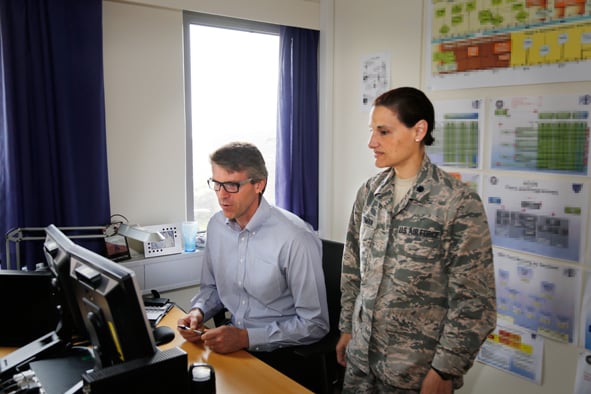