The office call with the Commander was followed by an overview mission briefing by the U.S. Air Force Brigadier General Roger Watkins, JWC Deputy Commander and Chief of Staff. The official programme included a series of comprehensive briefings and discussions about JWC’s ambitious Programme of Work and exercise planning, development and execution phases, with a special focus on the scenario development process. Also included in the discussions was an overview of the TRIDENT Series of Exercises that will be conducted by the Centre in 2015, including TRIDENT JEWEL 15, TRIDENT JAGUAR 15 and TRIDENT JUNCTURE 15.

Following a CAX simulation briefing, the programme continued with a guided tour of the JWC’s state-of-the-art training facility, including visits to the two Combined Joint Operations Centres (CJOCs) and the TV Studio, all housing JWC's unique capabilities and cutting-edge technologies. 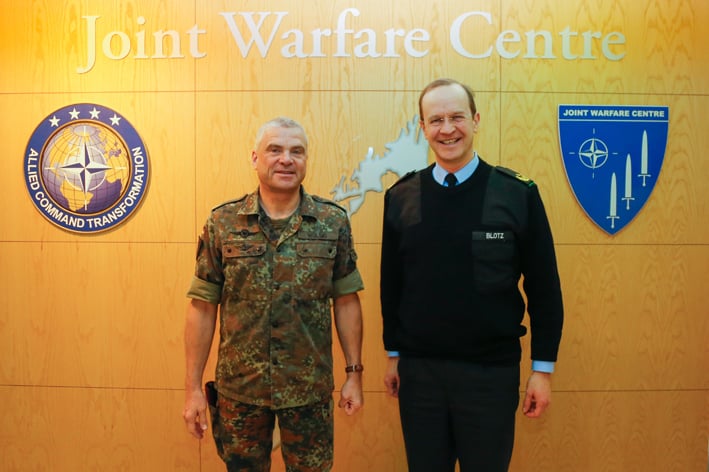