The Centre also deployed a Training Team to HQ SHAPE in Mons, Belgium, from 28 September to 3 October, in support of the strategic planning phase of this training event.

With training locations from Stavanger to Northwood, exercise TRJL 15 will be a capstone event for Allied Maritime Command (MARCOM) and reflect NATO's changing priorities.

The exercise aims to enhance the high readiness and multinational interoperability of NATO, using a maritime-heavy crisis response scenario, while underlying the Alliance's core commitment to defend its members and allies from a host of unconventional attacks, as reflected in the complex operational environment of the SKOLKAN 2.0 scenario.

Scheduled for March next year, TRJL 15 will train and evaluate MARCOM's ability to command and control a maritime-heavy Small Joint Operation within the Euro-Atlantic region, and ultimately certify its Full Operational Capability as NATO's Maritime Single Service Command. 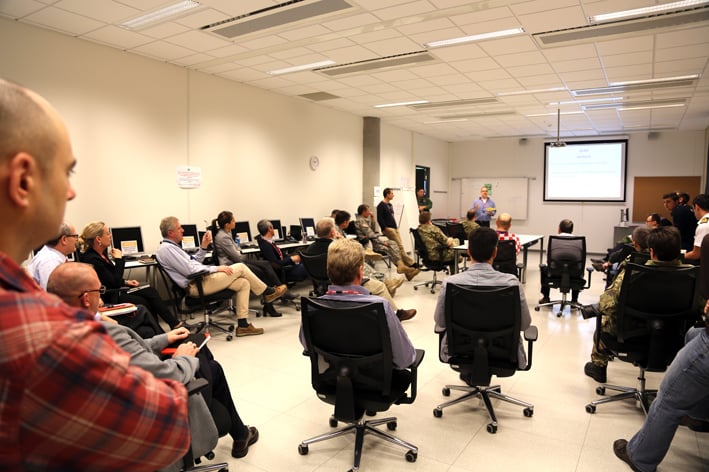 U.S. Navy CDR Michael Angelopoulos, JWC's Officer of Primary Responsibility (OPR) for TRJL 15, said: "The exercise has been designed from the beginning to provide MARCOM a challenging environment in which to test its ability to manage joint forces during a complex political and civil Crisis Response Operation. TRIDENT JEWEL 15 will be the first time MARCOM will assume the role of Joint HQ at the operational level as well as the first use of the newly developed Skolkan 2.0 scenario focused on the failing state of Arland."

One of the crucial steps in the planning process is the Crisis Response Planning taking place in Stavanger and Northwood.

More than 100 military planners, subject matter experts and operational level trainers teamed at these two locations to fully understand the mission, the MARCOM Commander's intent and develop Concepts of Operations (CONOPS) to successfully complete the strategic mission that the Alliance had agreed to undertake.

The eventual output of this planning cycle is an effective Operational Plan (OPLAN) that includes the assignment of responsibilities, tasks and resources to subordinate tactical headquarters as part of the overall Operational Planning Process (OPP).

Throughout this phase, participants will also exercise crisis management at the operational level, facing a complex international crisis as detailed by the fictitious exercise scenario.

Also deployed to Stavanger was a liaison team from Denmark in order to support the White Cell, replicating the exercise "host nation" and role-playing the key personnel in both civilian and military structures there.

The OLRT deployment, which took place from 3 to 10 October, is critical to ensure the execution phase of the exercise goes smoothly.

OLRT is the commander's tool to provide in theatre details and up-to-date information to the MARCOM Joint Operational Planning Group (JOPG). This ranges from a comprehensive understanding of the operational environment to establishing relationships with host nation authorities and accurately assessing their needs. 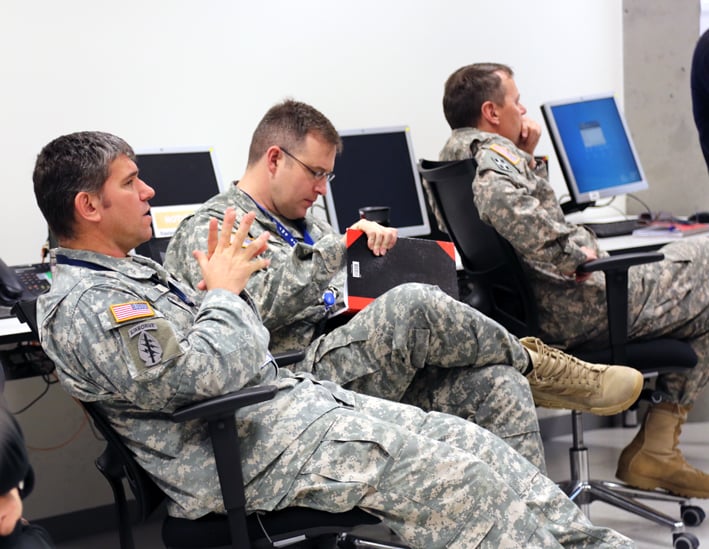 U.S. Army Lieutenant Colonel Charles Kurz, JWC's exercise planner and Chief OLRT Content Manager, said: "The OLRT training phase was quite successful particularly for an organization that has never had to deploy an OLRT before. One of the challenges for building an effective OLRT training phase is to accurately portray to the Training Audience the complexity and ambiguity of a non-Article 5 Crisis Response situation. The White Cell from JWC did an excellent job of finding the right role-players and giving them the right scripts to ensure that the players felt that ambiguity. This particular OLRT did a great job of analyzing the complexity that we provided for them and came away with a pretty good feel for the situation in 'Arnland' that they can communicate back to their higher headquarters."

Overall, exercise TRJL 15 will put to the test NATO's joint maritime warfare capability, integrated with land and air components, certifying MARCOM as a Joint Headquarters (JHQ) in the process. The Crisis Response Planning for TRJL 15 will continue in all locations in Europe through October.