Mr Stoltenberg was in Stavanger today on the occasion of the NATO Parliamentary Assembly’s 61st Annual Session where he addressed the parliamentarians arriving from 28 NATO member countries as well as delegates from partner countries.

Mr Stoltenberg’s visit to the JWC coincided with the ongoing Command Post Exercise (CPX) TRIDENT JUNCTURE 15 (TRJE15) --- NATO’s largest and most ambitious exercise in over a decade --- which gave him the opportunity to observe first-hand the Stavanger-based Exercise Control (EXCON) organization led by the JWC.

The Secretary General then received a mission briefing by Major General Wolski which outlined JWC’s current programme of work (POW) as well as NATO’s collective training framework in which the Centre plays a key role. 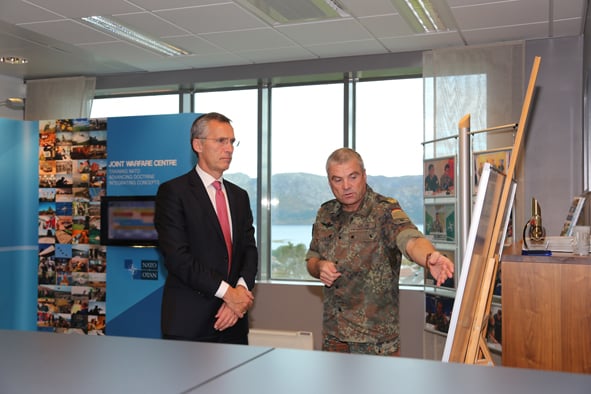 As NATO’s footprint in Norway, the Joint Warfare Centre is responsible for planning, developing and delivering operational level training and exercises that challenge the Joint Force and Component Command HQs, while simultaneously supporting NATO’s doctrine, concept development and experimentation efforts. In doing so, JWC’s ultimate aim is to achieve high preparedness and successful interoperability of NATO forces.

The Secretary General also visited the exercise Situation Centre (SITCEN), which is the “nerve centre” of TRJE15. Here, he met with the key exercise personnel, including Chief Scenario, Chief Opposing Force (OPFOR), Response Cell (RC) coordinators, CAX representatives and the Officer of Primary Responsibility (OPR) as well as the Trusted Agent (TA) and the OPR representing the Joint Force Command Brunssum.

The Secretary General thanked all SITCEN staff and noted that what they accomplish jointly was extremely complex and of great importance for the high readiness of NATO’s forces as well as for the Readiness Action Plan, which was one of the centerpieces of the Wales Summit. 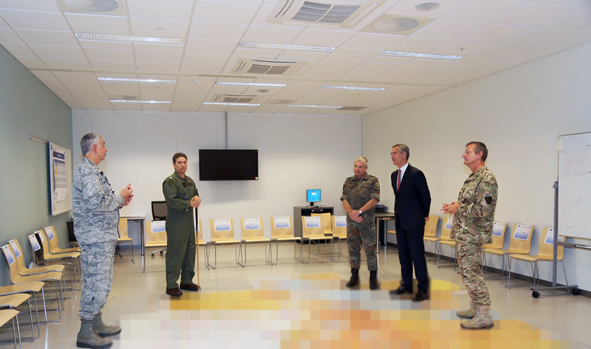 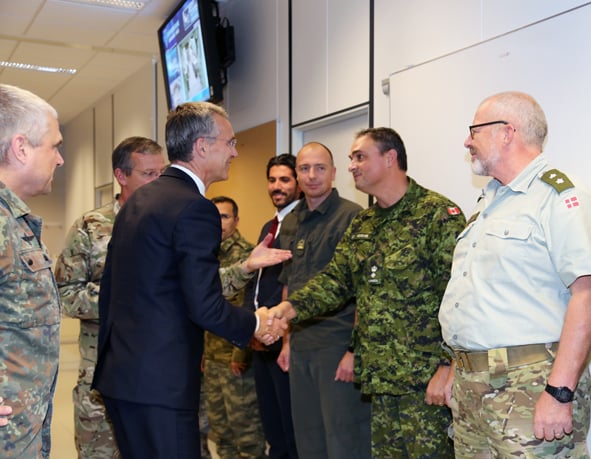 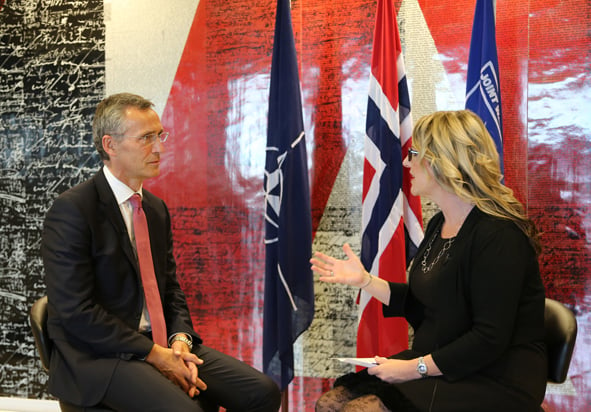 At the end of the visit, JWC’s TV news producer, Ms Laura Loflin DuBois, conducted an interview with Mr Stoltenberg for the "Three Swords News". When asked what the world should see as they watch exercise TRJE15, the Secretary General underlined: “They should see a NATO which is agile, ready and prepared; an Alliance which is responding to the new and changing security environment.”

Mr Stoltenberg’s arrival marks the first-ever visit to the JWC by a NATO Secretary General.

A brief look into OPFOR, the JWC-led simulated enemy