During the event, Kaack thanked the JWC staff for their outstanding work despite the pandemic in the first half of the year.

“Impressive and encouraging to see how the different branches used new ways of working and thinking – out of the box,” Kaack said, adding: “I am proud that you all made best use of your freed resources to push even harder to devise new ideas and products and to ultimately come better out of this situation than we went into it.”

As he noted, he will soon have been working with the JWC team for 365 days. “What a great time and what a privilege. Thanks to all of you for supporting me during all this time”.

The event saw the JWC staff bid farewell to Command Sergeant Major Philippe, who served as the Centre’s Senior Enlisted Advisor (SEA) for three years after taking up his post in August 2017.

“I would like to thank you for your dedication and willingness to support me as one of my trusted advisors. I have been privileged to be able to benefit from your experience, comradeship and passion for the role,” Kaack said.

With effect from April 1, 2020, Senior Chief Petty Officer (SCPO) Lars Raabe assumed the new position of Command Senior Enlisted Leader for the JWC. “I could not have thought of a better character and leader to fill this position,” the Commander said.

“I am proud and honoured to be appointed to this new position and to represent my fellow Non-Commissioned Officers here at the JWC," SCPO Raabe said. "NCOs are the minority at the JWC, but they are, and I have no doubt, the backbone of this organization.”

During the All-Hands Call, Rear Admiral Kaack honoured eight JWC staff members and supporting personnel with the Commander’s Coin to show his appreciation for their exceptional work at the JWC. 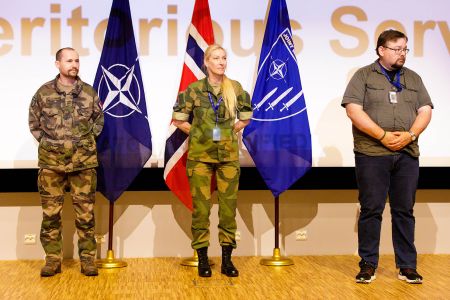 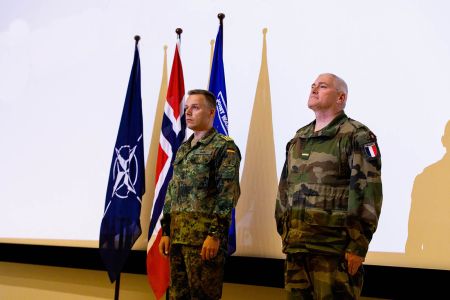 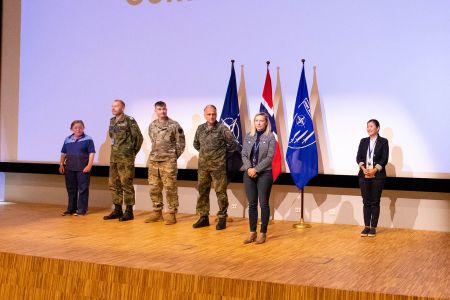