Dubbed “SOROTAN”, the new scenario reflects a very complex threat environment in the fictional “Cerasia” region and looks to challenge NATO forces with a wide range of conventional and unconventional threats, including hybrid warfare.

Unlike the “SKOLKAN” scenario, which presents a complex Article 5 Collective Defence of a NATO Member Nation, SOROTAN provides a setting that enables an out-of-area, non-Article 5 Crisis Response Operation to bring a border war to an end before it expands to the entire region. 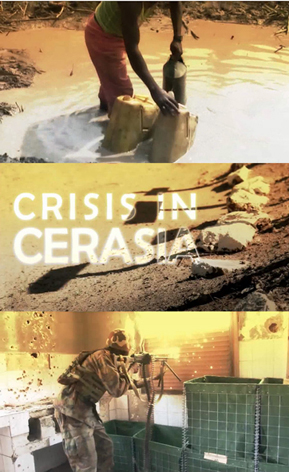 “With desertification, dry aquifers, riparian disputes and an ever diminishing resource, Kamon, the aggressor country in the region, refuses international arbitration and invades southwards in order to seize key dams in Lakuta, which was caught ill-prepared to counter the invasion.”

Based on SOROTAN, exercise TRJE 15 will certify Allied Joint Force Command Brunssum (JFC Brunssum) to lead the NATO Response Force (NRF) in 2016; an up to 30,000-strong force of land, air, sea and special force components, ready to deploy on short notice wherever needed.

SOROTAN was formed on an 18-month cycle, incorporating what NATO identifies as the greatest challenges to its Member and Partner nations, based on SACEUR’s Annual Guidance on Education, Training, Exercises and Evaluation (SAGE).

Its use in TRJE 15 was approved by German Army General Hans-Lothar Domröse, Commander JFC Brunssum (JFCB), in June 2014.

SOROTAN’s developers at JWC are a small team of uniformed officers and civilian experts.

“The scenario has harnessed the talents and experience of a wide range of experts. In effect, what we do is to take lessons identified from contemporary conflicts and weave them into a bespoke security scenario,” said Mr. Bruce Foster, a scenario specialist at JWC, adding: “With SOROTAN, several firsts have taken place in JWC such as war-gaming the STARTEX (Start of Exercise) conditions, multi-variant analysis of countries down to the provincial level and STRIKFORNATO (SFN) providing a dedicated Opposing Forces (OPFOR) staff. The scenario is flexible; it incorporates a myriad of Lessons Identified from contemporary conflicts and provides commanders with a wide range of operational level dilemmas. In particular, the Training Audience will be challenged to deliver coherency between lethal and non-lethal effects against a sophisticated, hybrid threat.”

The SOROTAN scenario sees a standoff in east Cerasia and a legion of problems caused by the standoff, including increasing regional instability, violation of territorial integrity and a deteriorating humanitarian situation. Additionally, enemy ships and aircraft threatening freedom of navigation pose a constant risk for high-intensity conflict in the Red Sea. 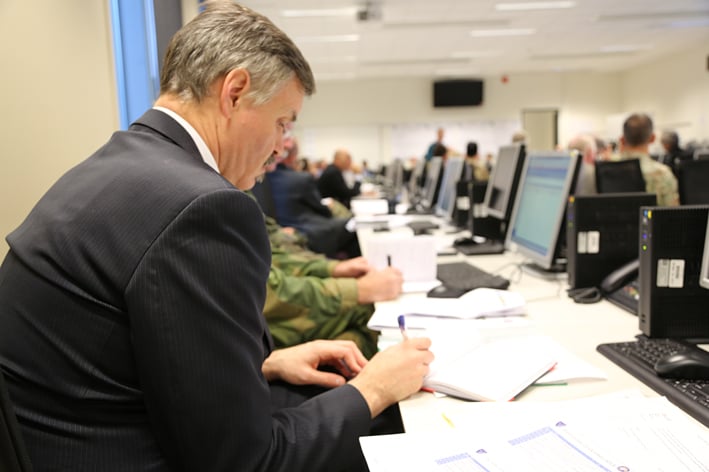 Commander Lovering noted that the scenario was not only about a conflict over scarce resources and the inevitable humanitarian consequences, but that it was a “battle for the narrative.”

Indeed, an aggressive military dictatorship, Kamon, together with its proxies and surface-to-air missile systems, wage a hybrid war in the region while simultaneously carrying out a negative strategic communication narrative that targets its own people and the international opinion.

He continued: “The operational dilemmas provided to NATO Training Audiences include analyzing threat Courses of Action, when the threat nation retains plausible deniability of its true strategic goals. The focus is on understanding the limits of military engagement when working against hybrid threats, and developing operational Courses of Action that walk the necessary fine line between too much or too little kinetic action inherent with trying to bring a hybrid war scenario to a successful political denouement. Also important is working inside an information environment that is risky both in NATO home countries as well as in the region where the intervention is occurring.” 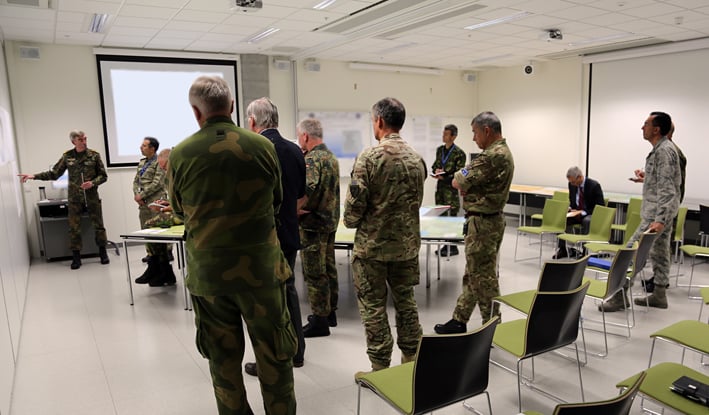 When it comes to SOROTAN, the name “Cerasia” can be misleading as it had been the main geographical setting for NATO’s operational level exercises between 2008 and 2012. But, that’s as far as the comparison goes.

“Cerasia” in SOROTAN was designed and developed through the lens of a PMESII (Political, Military, Economic, Social, Information and Infrastructure) construct. It captures the complexities of conventional and unconventional threats, food insecurity, population displacements, cyber-attacks, chemical warfare and information war, and incorporates them all into the complex training environment of TRJE 15, supported by JWC’s advanced computer simulations.

“SOROTAN was made in the spirit of contemporary political science, which recognizes modern state as multi-dimensional securityentity,” said Mr. Dusan Marincic, a scenario/CIMIC (Civil-Military Cooperation) specialist at JWC.

“By introduction of eleven different societies in East Cerasia, the SOROTAN team has developeda dynamic interaction of societal security dimensions that lead into the military conflict. The Training Audience will deal with multi-layered complexity during the Operational Planning Process, and later, during the joint coordination process. Execution of theUN mission inthe synthetic environment will challengedoctrine, strategic and operational procedures andfinallysustainability of staff elementsin the HQs. SOROTANhas been an exciting journey through time, space and team mind-set." 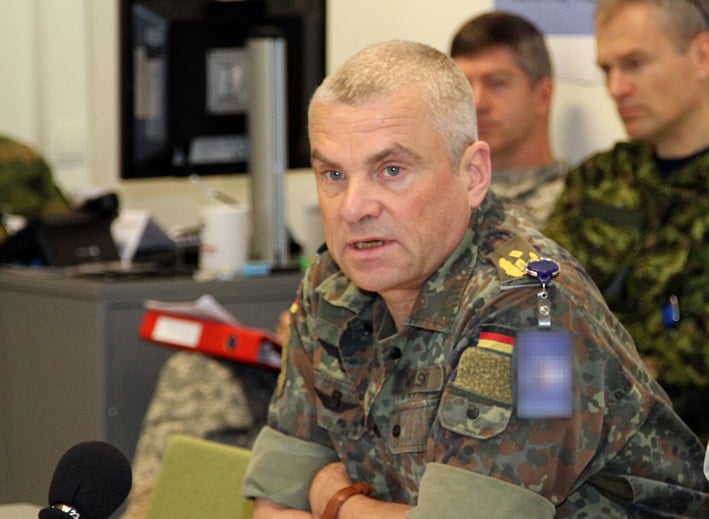 A testament to NATO’s cohesion and capabilities, TRJE 15 will exercise NRF’s readiness and responsiveness in a complex and distributed environment. Using the principles of the Connected Forces Initiative (CFI), TRJE 15 will further expand NATO’s overall interoperability as well as the Command and Control interaction between the Joint Task Force (JTF) headquarters and its air, sea, land and special operations commands.

Mr. Foster said: “Above all, as the JWC SOROTAN team, our aim is to provide the best training and learning opportunities for NATO’s operational level staff.”

U.S. Army Colonel Mike Shinners, JWC’s Chief Joint Exercise Division, added: “JWC is focused on the end-state of a successful exercise as well as well-trained Joint Force Command staff, with our Training Team members involved at all phases, starting at the EXSPEC (Exercise Specifications) Conference; scenario writers and doctrine analysts participating in the Academic Phase; analysts capturing observations from EXSPEC through Lessons Learned, all under the over-watch of an OPR (Officer of Primary Responsibility) --- This is our team for TRJE 15 and a level of experience you can’t get anywhere else; here we are all committed to providing NATO with higher quality exercises, new capabilities and opportunities.” 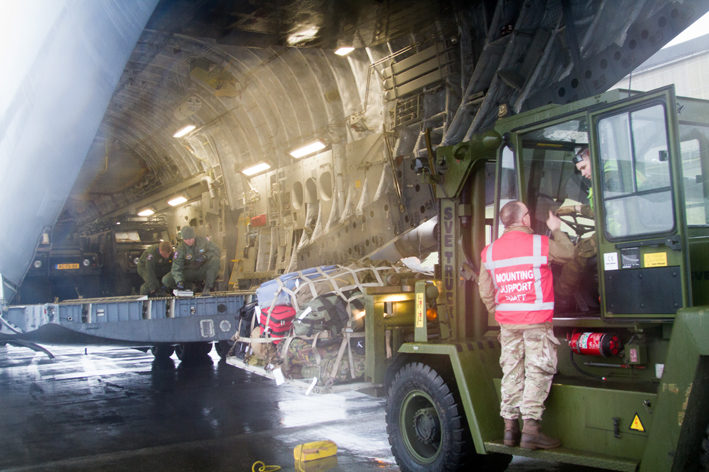 Romanian Army Lieutenant Colonel Ciprian Murariu, JWC's Deputy OPR for TRJE 15 CPX, said: “The Exercise Control (EXCON) was built up of around 90 experts in Stavanger, some of them Dual-hatted, to support the OLRT during their deployment to the fictitious countries of Lakuta and Tytan. This OLRT deployment was part of the CRP for TRJE 15, which was conducted in different locations in Europe (Brunssum, Valencia, Poggio Renatico, Stuttgart, Portsmouth) and Canada (Kingston) from 26 January until 27 February. The EXCON participants also included Training Teams, SHAPE evaluators and Capability Integration and Experimentation Cell. JWC deployed a total of 48 personnel for the CRP; Joint Force Training Centre (JFTC) deployed 17 personnel.”

He then added: “This is just to give you an idea of how complex it was and how much effort JWC put into supporting the CRP. We conducted tele-conferences everyday with the Training Teams from the Situation Centre (SITCEN), here in Stavanger, in order to coordinate this entire process.”

Next major event will be the MEL/MIL Scripting Conference and STARTEX Validation Workshop in June.

“This event is the backbone of the TRJE 15 exercise development process and will set the scene for how we will train and test our high-readiness forces during the CPX in October,” underlined Commander Tristan Lovering. 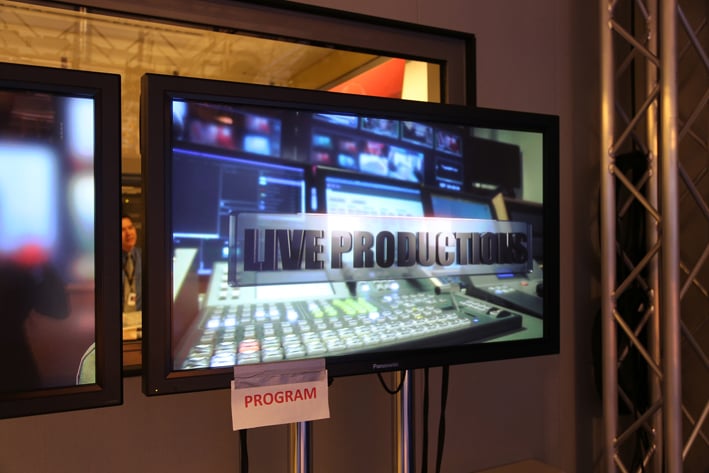