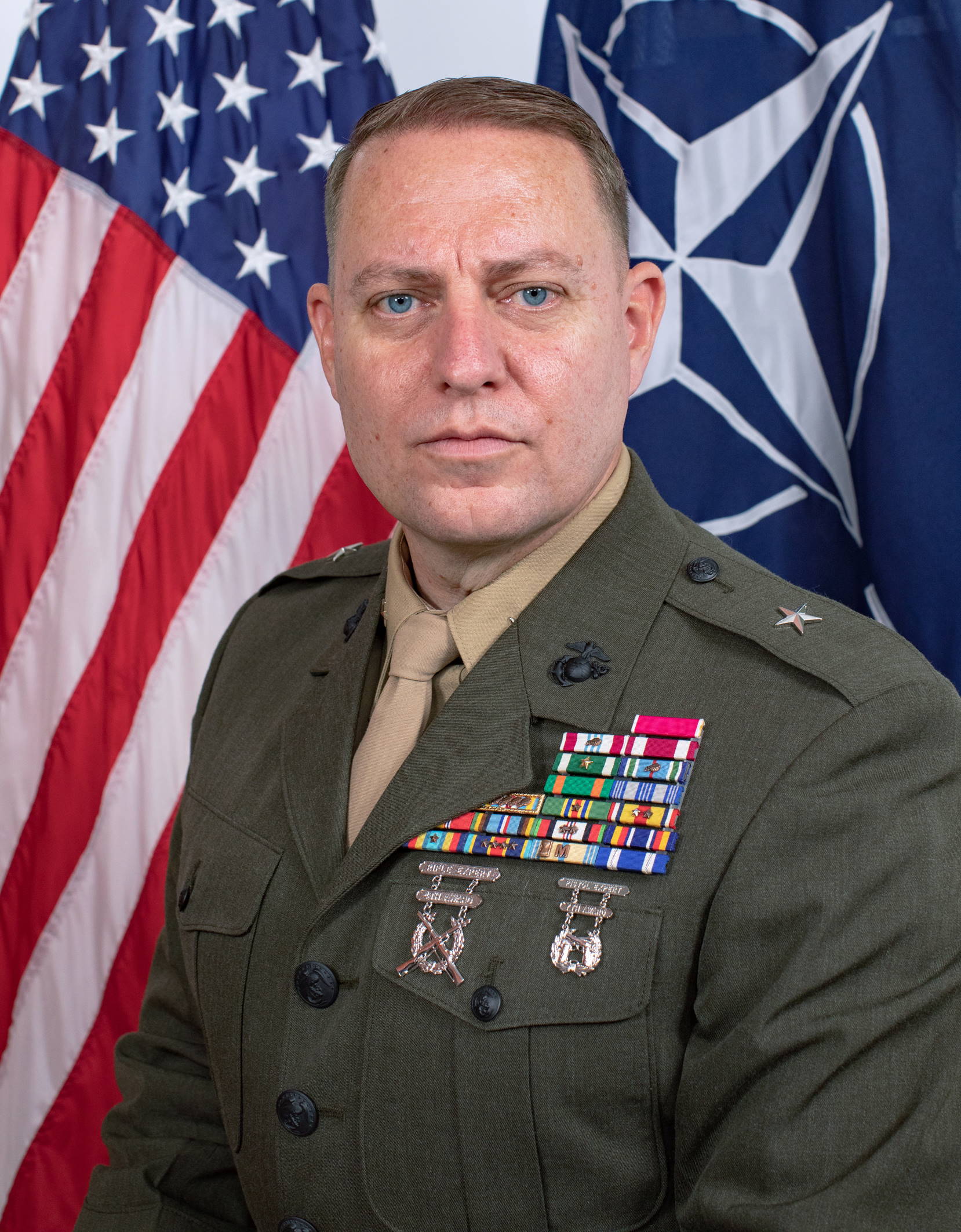 About Brigadier General
Mark A.

BRIGADIER GENERAL MARK A. CUNNINGHAM is from Lancaster, Ohio and enlisted in the Marine Corps in July 1992. After graduating from the Ohio State University in 1996, he was commissioned as an officer. His first officer assignment was Analysis and Plans Officer at 3rd Marine Aircraft Wing in Southern California. He also deployed with the 13th Marine Expeditionary (MEU) as the Composite Squadron Intelligence Officer, where he supported Operation SOUTHERN WATCH in Kuwait.

In 2009, he transferred to serve as a Plans Officer for Marine Forces Pacific (MARFORPAC), G-2, Hawaii, where he supported several exercises and real world crises. He mobilized in February 2011 to serve as the Senior Intelligence Analyst for a Joint Task Force in Afghanistan, during which he provided intelligence for over 110 combat operations.

In 2012, Brigadier General Cunningham was assigned as the Commander for Bravo Company, Intelligence Support Battalion (ISB) in Colorado. He served in this position for three years, until he became the Commanding Officer of ISB in 2015 where he led over 500 Marines and Sailors from four geographically dispersed companies stationed across 19 sites throughout the United States.

After battalion command, he joined 3rd Civil Affairs Group as a detachment commander until he was promoted to Colonel in May 2018 when he was activated for five months to serve as the Chief of Staff for Force Headquarters Group. Subsequently, he was selected as the Commanding Officer, 3rd Civil Affairs Group in March 2019, while also dual-hatted as the III Marine Expeditionary Force (MEF) G9. During his tenure, he served as a Combined/Joint Task Force Commander in Thailand for Exercise Cobra Gold in 2020, and spearheaded the development of new concepts and capabilities for Marine Corps Civil Affairs. He relinquished command in June 2021 and assumed the duties as Deputy Commander, Force Headquarters Group, Marine Forces Reserve, where he led the command’s campaign plan and future force design efforts.

Brigadier General Cunningham assumed duties as the Deputy Commander and Chief of Staff of the NATO Joint Warfare Centre on August 29, 2022.