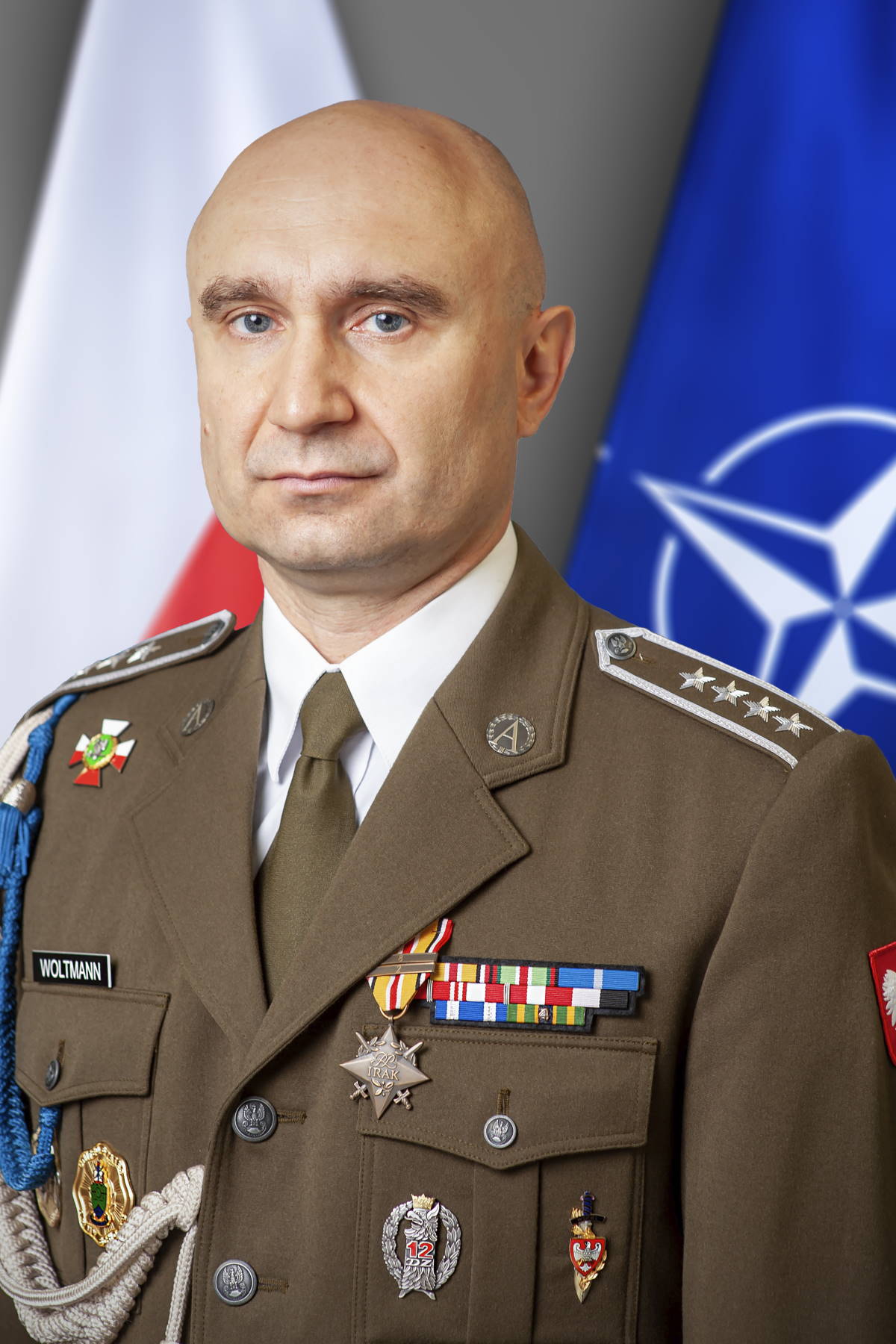 SENIOR CHIEF WARRANT OFFICER ANDRZEJ WOLTMANN was born on November 15, 1974, in Krosno Odrzańskie, Lubuskie Province, Poland. He joined the Polish Army in 1993 as a cadet at the Warrant Officers School in Legnica, Poland, which he graduated in 1996.

Senior Chief Warrant Officer Woltmann’s first assignment was as a Platoon Sergeant in the 4th Lubuska Mechanized Division Headquarters Battalion. Later, he advanced to a Platoon Leader in the same unit. In 2001, he was transferred to the 17th Wielkopolska Mechanized Brigade where he assumed a position of a Platoon Sergeant in the Training Infantry Battalion. After 2002, he held various command and staff positions in the 17th Brigade Headquarters Battalion and in 2010, a position of a Communications Officer in European Union Battalion Battle Group.

After 2002, he held various command and staff positions in the 17th Brigade Headquarters Battalion, including an assignment in 2010 as a Communications Officer in European Union Battalion Battle Group. In 2011, he was selected to serve as the 17th Wielkopolska Mechanized Brigade Command Sergeant Major, and in 2015, he took over the position of the Deputy Commandant of Wielkopolska Land Forces Non-Commissioned Officer School. Following that, in 2016, he was selected to serve as the Command Sergeant Major in the 12th Szczecińska Mechanized Division. From 2019 to 2020, he served as the CSM of the Armed Forces Operational Command, following which he was offered a position of the Senior Enlisted Advisor to the Chief of the General Staff of the Polish Armed Forces until August 2022.

His awards and decorations include, amongst others, Medal of the Armed Forces in Service of Fatherland (Silver), The Star of Iraq (twice), The Star of Afghanistan, Medal of the Centenary of Polish Independence, Multinational Division Central-South Commemorative Medal, Honorary Badge of the Land Forces, Non-Article 5 Medal for ISAF, and NCO Development Ribbon (numeral 4).  In 2006, he was awarded a special annotation in the Ministry of National Defense Honorable Book for bravery and courage during the mission of the Polish Armed Forces in the Republic of Iraq. In 2016, he received the honoured title of meritorious soldier of the Republic of Poland (I class).